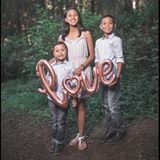 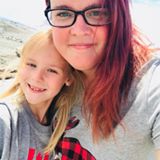 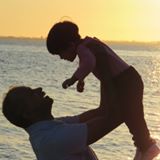 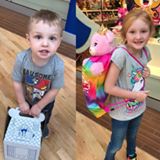 Taekwondo vs Karate – Which One is Right for Me?

The two most common martial arts being practiced in Canada are Taekwondo and Karate.

Ever since both have become more popular in North America, people have been wondering about what is the difference between these two. This poses a problem especially for those who are just looking around for a martial art school or studio.

The fact that both Taekwondo and Karate seem to share a similar style of uniform, but with different belts, certainly doesn’t help us differentiate them.

In this article, we will take a look at the differences, the similarities, and give an overall impression of both of them to help you make a more informed decision when deciding which one you would like to learn.

The development of Karate.

Karate, as we know it today, was originally developed in the islands of Okinawa, in Japan, and draws some influences from Chinese martial arts.

In fact, there are different styles of Karate, and originate from different parts of the world, but they are all commonly considered as part of a Japanese-based martial art. The coloured belt system was developed to show the different ranks of Karate practitioners.

White belts depict novices – the starting point for newcomers.  Black belts, by contrast, represent the top tier of Karate practitioners and instructors alike. Between the white and black belts, there is a whole range of other colours, with different requirements and skillsets acquired along the way.

The development of Taekwondo.

Modern Taekwondo was developed in Korea after much influence from Japanese martial arts, like Karate. Sometimes, Taekwondo is referred to as “Korean Karate,” but Taekwondo is unique to Karate at its core.

The Koreans adopted the same white uniforms, along with a coloured belt ranking system for Taekwondo. Many Taekwondo schools, however, have added a black lining to their white uniforms for black belt levels. A V-neck top is often seen in schools affiliated with the World Taekwondo Federation. Some of the more “Americanized” Karate and Taekwondo schools also use uniforms with other colours such as red, black and blue.

It can be noted that in Karate, arms or hands are used 60% of the time for strikes or blocks, while the use of legs for kicking is just around 40%. This breakdown is seen in the many forms or “Katas” of Karate, which are set routines that simulate fighting against imaginary opponents using martial arts techniques. The forms from Taekwondo would have the opposite percentage breakdown with 40% hands and 60% legs. In Taekwondo, there is more stress on higher kicks to the head level than in Karate. It’s important to note that many black belts in either Karate or Taekwondo will go on to learn and practice the other martial art as well, as they can work well together.

Taekwondo practitioners also perform more jumping or flying kicks, where kicking techniques are done in mid-air. The Taekwondo forms, also called patterns, are generally a bit shorter and less complex than the Karate forms. Some Taekwondo schools have been known to use the odd Karate form in its curriculum as well.