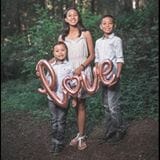 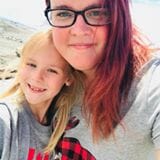 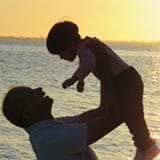 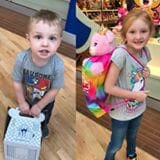 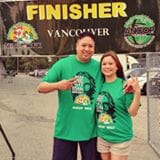 Request information today to learn more about our programs!

Almost every sport and discipline has a unique set of uniforms and gear. Football, for instance, has that uniquely-shaped helmet, and the padding along the shoulders of the uniform. Hockey has its own unique set of helmet and paddings, and so on. Taekwondo also has a unique uniform, and a unique set of gear to go along with it in competitive settings.

The standard uniform in Taekwondo is comprised of three parts: a white jacket, white pants, and a belt. The uniform is often referred to by its Korean name, dobok. The components are often made with heavy cotton, and the jacket leaves a wider v-neck when closed on the wearer. The pants usually use an elastic waist, to allow for more comfortable use. The belt can be considered as the centre of attention, as the vibrant colours (or black for that matter) stand out against the white uniform, and help to denote the current rank of that person. Click here to read more about the coloured belts in Taekwondo if you are not already familiar with them.

In Taekwondo tournaments, it is common for participants to wear protective gear, including a combination of the following items:

Given the powerful strikes that make up a lot of different Taekwondo moves, you can expect to find an array of different punching bags in the dojang. A lot of the punching bags you will find are full-sized, which are meant to be sized similarly to a potential opponent. These are excellent for practicing the accuracy of your kicks and punches – making sure that your strikes hit the intended part of the target with the correct amount of force.

Another commonly seen type of punching bag are the arm pads. These are large pads that are strapped onto the arms of the instructor or partner. The idea is the same, with a focus being accuracy during a more realistic scenario where your opponent will likely be moving. There is some added flexibility by using the pads, as different techniques and scenarios can be applied by simply moving the pads in different ways, such as changing the distance between the opponent and the attacker, or blocking different parts of the body but leaving other parts open to an attack.

Weapons are not commonly used in and Taekwondo federation, but there are a few that do get observed from time to time. Their training and use are all considered informal, and whether it is a part of the syllabus or not will vary from one school to another. If a school does provide weapons training, it is typically just to demonstrate how they are used. Sparring with weapons is uncommon, given the danger of using weapons.

Here are some of the different weapons you might find in Taekwondo. You’ll notice that these are primarily blunt weapons, meaning they do not have a sharpened edge like a sword or axe. Those kinds of weapons would be even rarer than the ones we will mention below. 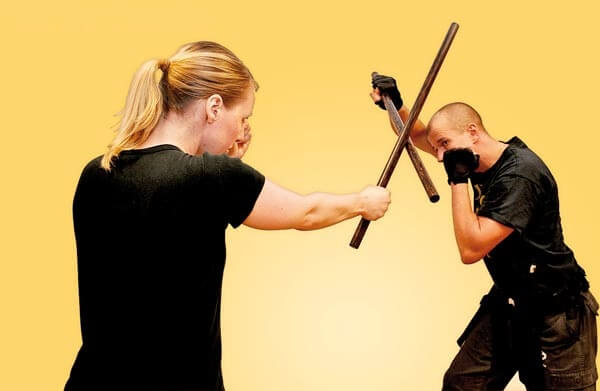 Bahng Mahng Ee is most commonly known as Eskrima sticks. They originate from several martial arts from the Phillippines, such as Eskrima, Kali, or Arnis. These sticks will vary in shape and size, but the use is all relatively the same. They can be used to block, thrust, swing, and disorientate. They are typically made out of a type of wood called ratan, but variations exist that are made of different polymers or metals. These are typically safer weapons to train with, as they do not splinter during use, and versions specific to training exist so that students can avoid unintended harm as much as possible. 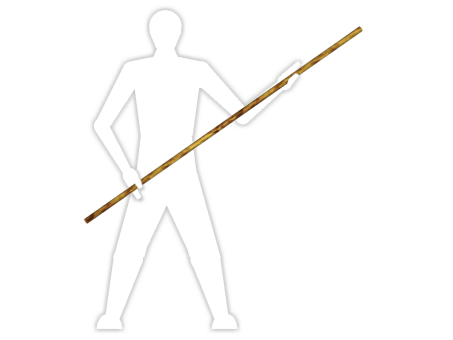 The Jahng Bong is a type of staff weapon, usually around five and a half feet long. The use of this weapon in Taekwondo is largely an adaptation from the martial arts that influenced Taekwondo, such as several Chinese and Japanese martial arts. The staff is commonly treated as an “extension of the user’s limbs,” meaning that the force applied by the staff is just a multiplied amount of the user’s force. It can be used in a horizontal or vertical sweep attack, a parry, a thrust, and as a means to disorientate the opponent.

As you can probably imagine, there are so many variations of this kind of weapon. For instance, there is a shorter one called a Tahn Bong, which is about three feet long. Then there is the Sahm Dan Bong, or Three Section Staff in English, which is an extremely versatile staff that operates like nunchucks (see picture below). 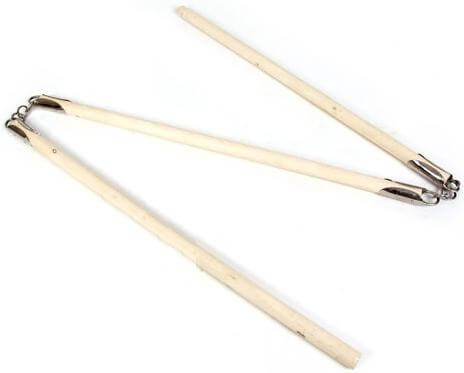 Speaking of nunchucks, those too are found in Taekwondo from time to time. In Korean, they are called Ssahng Jeol Bong, or Nunchuku. The design and use is very similar. Basically, it is two short sticks combined at one end by a short length rope or chain. The weapon requires incredible coordination, but delivers hard hits when used properly. 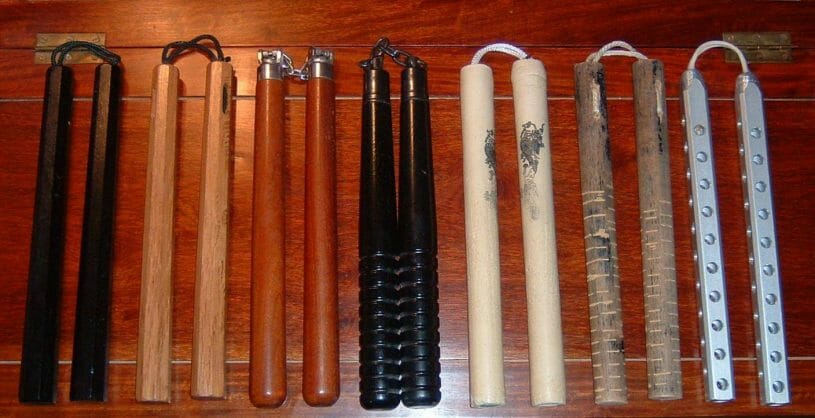 Whether you’re just learning Taekwondo for the first time, or sparring regularly, or even considering becoming proficient with a specific weapon, take the time to find the gear that’s right for you. Different events and programs will have different gear requirements, but you will want to clarify with the school or event organizers in advance. Having the right gear can make all the difference, whether it’s for safety, or for practical training purposes. Have fun, and stay safe!